How to Keep Dog Play from Getting Too Rough

Play is important for your dog’s development and quality of life, but sometimes dog play can worry people. It isn’t always easy to distinguish dog play fighting from real fighting. We worry about play fighting getting out of hand and turning into a real fight or dogs accidentally hurting each other, especially if the dogs are different sizes or ages. “My dog plays too rough with the new puppy.” “My puppy wants to play with my elderly dog, who is annoyed.” “My dogs are wrecking the house with their play fighting.” These are common concerns among owners of multiple dogs. So what can we do to let our dogs have fun play fighting without it getting out of hand?

Dogs are generally quite happy with very rough and tumble play, including an occasional nip. Different owners have different levels of tolerance for dog roughhousing. If you have a couple of large dogs in your apartment, you probably have less tolerance for play fighting than someone in the countryside with lots of land for their dogs to run and play on. But most dogs and humans can agree that dog play should not result in one of the dogs being hurt. Playing dogs have no desire to hurt each other. So owners need to learn to tell real fighting from play fighting.

Understanding Your Dog’s Communication about Playing and Fighting

Dogs playing and dogs fighting can look and sound alike to humans at first glance. We need to know what to look for in that second glance. Thankfully, our dogs do communicate and we can learn to decipher what they are saying with their body language.

If a dog is fighting, their movements are efficient. They don’t waste time or energy bouncing around, darting in and out of a situation. An angry or aggressive dog’s ears are flat back against their head. They will show their teeth, but their mouth is closed with the lips drawn back in a snarl. Their posture is alert, even stiff or rigid. Their hackles are raised so the fur between their shoulder blades stands up.

Dogs playing, in contrast, bounce around teasing each other. The classic canine invitation to play is a bow with the front legs and head low and the bum up in the air with the tail wagging. Their ears are up and alert, and their mouths are open and relaxed. Dogs play fighting will often take turns. One might take the other down, but in a few minutes you will the roles reversed. Large dogs playing with small dogs will plop down and let their little friend be top dog for a turn.

Dogs playing will snarl and growl, and it is not easy to distinguish a play snarl from a real snarl. Playing dogs will sometimes give a high pitched yip to encourage a friend to play with them, which can sound like a yelp of pain. When one dog plays too rough, the other will make that clear.

Puppies are learning communication. Instincts are strong, but in young dogs they are not fool-proof. Pups can unintentionally annoy older dogs, particularly senior dogs. Once annoyed, the older dog might feel entitled to put the pup in their place.

Help, My Dog Plays Too Rough with New Puppy

One of the trickiest things to figure out when you are worried that your dog is playing too rough with another dog is who to trust. You’ll hear conflicting opinions and solutions from all sorts of experts. It’s a bit like parenting children. You are the expert on yours, and no one solution is universal. Trust your gut and try the option that you think is most effective when your dog plays too rough. Remember, they are only puppies for a short time. Their bodies will grow, and their energy levels will eventually shrink.

If one dog is playing too rough and not noticing that the other is unhappy, it is up to the owner to separate them. A stern ‘no’ in a low voice tells your dogs you mean business. Separate the dogs and end play time. Don’t scold or give out. Order them into their beds and ignore them for a while so they understand that behaviour is not allowed.

Dogs are naturally social and boisterous, so it is up to us to help them meet their needs in an appropriate way. Daily walks and plenty of chew toys are important to let them work off some energy. And it is a good thing for your dogs to play with each other. Providing some outdoor play time daily is important.  With two adult dogs who are reasonably close in size, it is usually fine to let them communicate directly with each other about how rough they want to play. Dogs with a good bond will listen to each other. If one yelps in pain, the other will normally stop. You’ll see them take turns at being more dominant while they play. As long as they are not inside wrecking your house, this is good.

What to Do if Dogs Are Fighting for Real

Sometimes, it’s not a case of a dog playing too rough with a puppy. Sometimes canine siblings have real fights. Every dog owner should know how to break up a dog fight safely. Our instinct is often to grab one of the dogs by the collar, but that is dangerous. You are likely to be bitten. Shouting at some dogs is enough, but more often it will take a basin of water to douse their tempers. If a broom or something similar is handy, you can push the end between their faces if the water doesn’t work.

Of course, it is better to avoid the types of conflict that lead to real fights. Make sure each of your dogs has their own dishes and bed. Don’t put them too close together. Dogs are territorial. Never make a game of throwing treats for your dogs to race or scramble to get. Be calm and distribute treats evenly so neither dog feels they are getting less. Respect your dogs’ natural hierarchy by feeding the older dog and giving them attention and treats first. These measures will remind your dogs that you are the pack leader, not either of them, and that they have no need to be jealous. 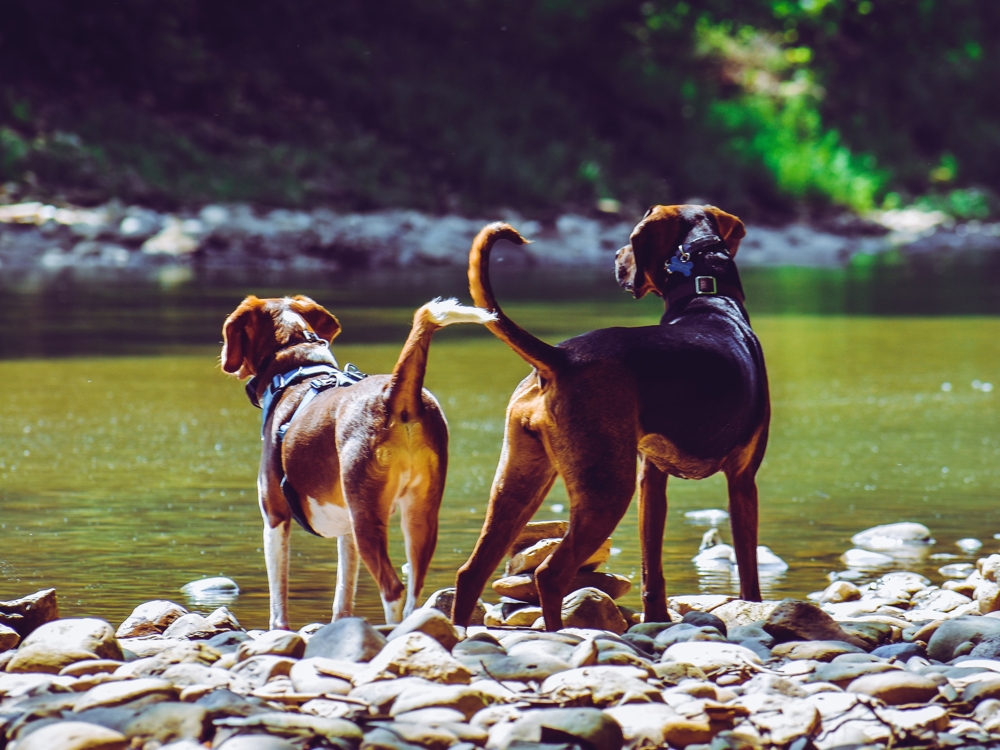 Here Are the Best Dog Foods for Poor Digestion 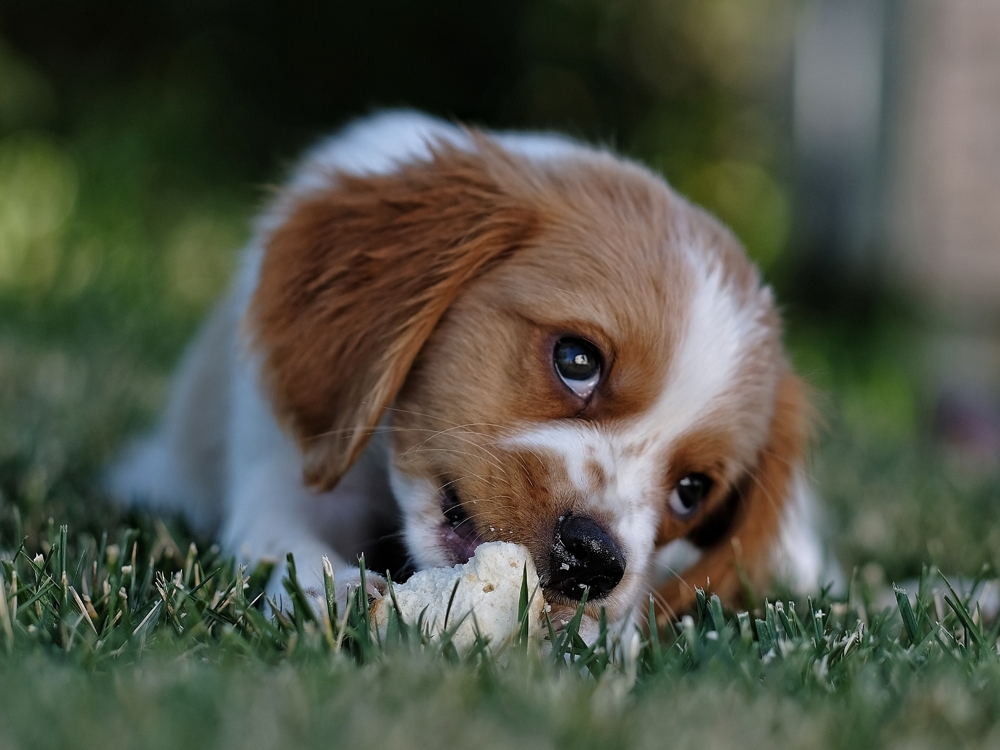 Dog Treats: How Much Is Too Much? 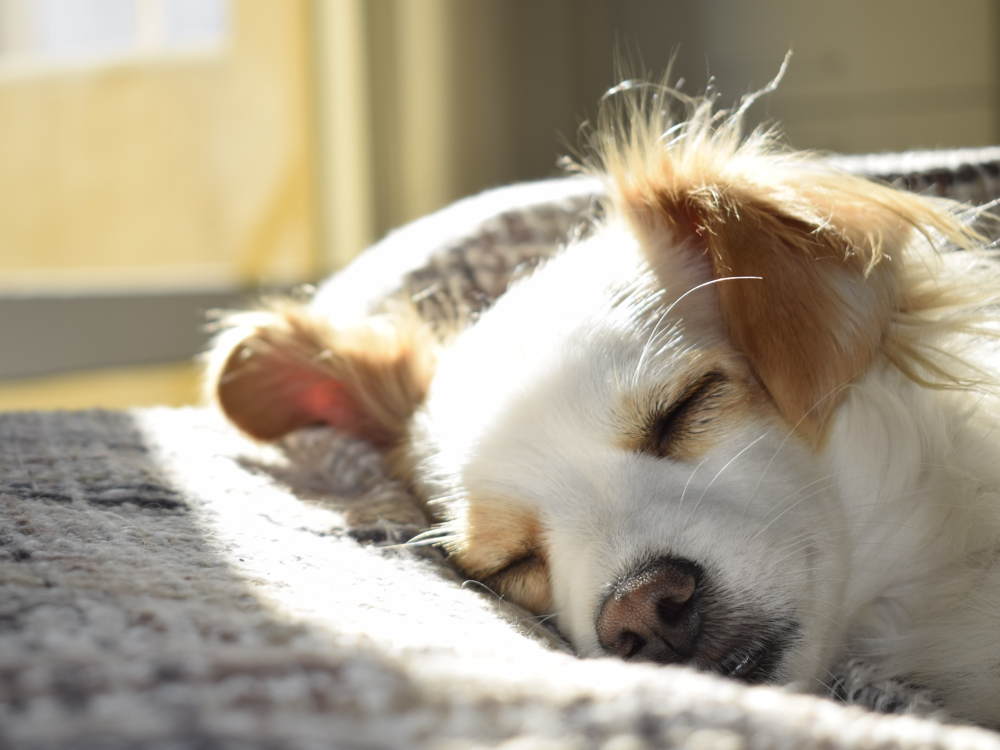 Preparing Pups for the Next Phase of Normal